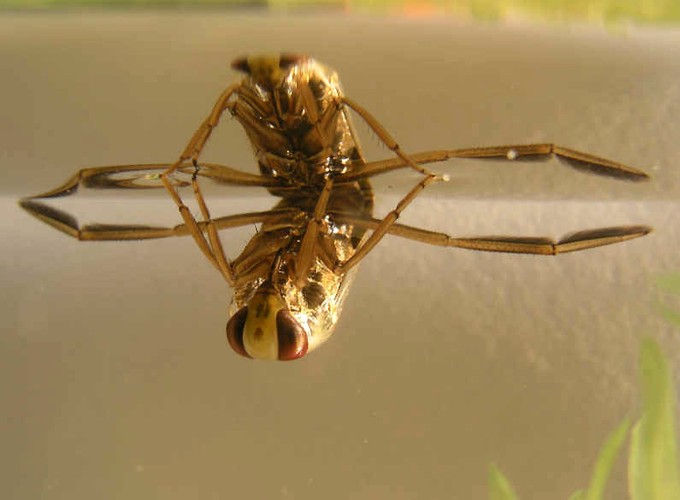 Trophic cascades – indirect effects of predators that propagate down through food webs – have been extensively documented in many ecosystem types. It has also been shown that predator diversity can mediate these trophic cascades, and separately, that herbivore biomass can influence the stability of primary producers. However, whether predator diversity can cause cascading effects on the stability of lower trophic levels has not yet been studied. We conducted a laboratory microcosm experiment and a field mesocosm experiment manipulating the presence and coexistence of two heteropteran predators and measuring their effects on zooplankton herbivores and phytoplankton basal resources. We predicted that if the predators partitioned their zooplankton prey, for example by size, then co-presence of the predators would reduce zooplankton prey mass and lead to 1) increased biomass of, and 2) decreased temporal variability of phytoplankton basal resources. We present evidence that the predators partitioned their zooplankton prey, leading to a synergistic suppression of zooplankton. In turn, this enhanced zooplankton suppression led to only a weak, non-significant increase in the central tendency of phytoplankton biomass, but significantly reduced its variability. Our results demonstrate that predator diversity may indirectly stabilize basal resource biomass via a “diversity-stability trophic cascade,” seemingly dependent on predator complementarity, even when there is no significant classic trophic cascade altering the central tendency of biomass. Therefore predator diversity, especially if correlated with diversity of prey use, could play a role in regulating ecosystem stability. This link between predator diversity and producer stability has implications for conservation and for potential biological control methods to improve crop yield reliability.