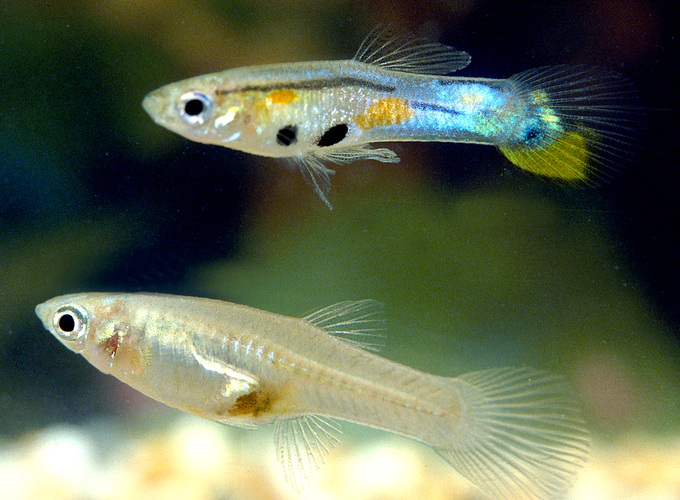 Evolution of life history traits can occur rapidly and has the potential to influence ecological processes, which can also be shaped by abiotic and biotic factors. Few studies have shown that life history phenotype can affect ecological processes as much as commonly studied biotic ecological variables, but currently we do not know how the ecological effects of life history phenotype compare in size to the effects of abiotic factors, or whether the ecological effects of phenotypes are sensitive to variability in abiotic conditions. Using a factorial mesocosm experiment we compared the ecosystem effects of guppy Poecilia reticulata life history phenotypes in two light treatments representing a four-fold difference in light levels, which was comparable to upstream downstream differences in light availability in Trinidadian streams. Light and phenotype had significant effects on similar aspects of ecosystem function. Whereas light had a stronger effect on ecosystem structure (algal and invertebrate stocks) than phenotype, phenotype and light had nearly equal effects on many ecosystem processes (nutrient recycling, nutrient fluxes, ecosystem metabolism and leaf litter decomposition). Light had a stronger effect on most guppy life history traits and guppy fitness than differences between phenotypes. The effect of light on these traits was consistent with higher availability of food resources in the high light treatments. Interactions between light and phenotype were weak for the majority of response variables suggesting that abiotic variability did not alter the mechanisms by which phenotypes affect ecosystem function. We conclude that subtle phenotypic differences in consumers can affect ecosystem processes as much as meaningful variability in abiotic factors which until recently were thought to be the primary drivers of ecosystem function in nature. However, despite its effects on traits and the ecosystem, light did not alter the effect of guppy phenotype on ecosystem function.